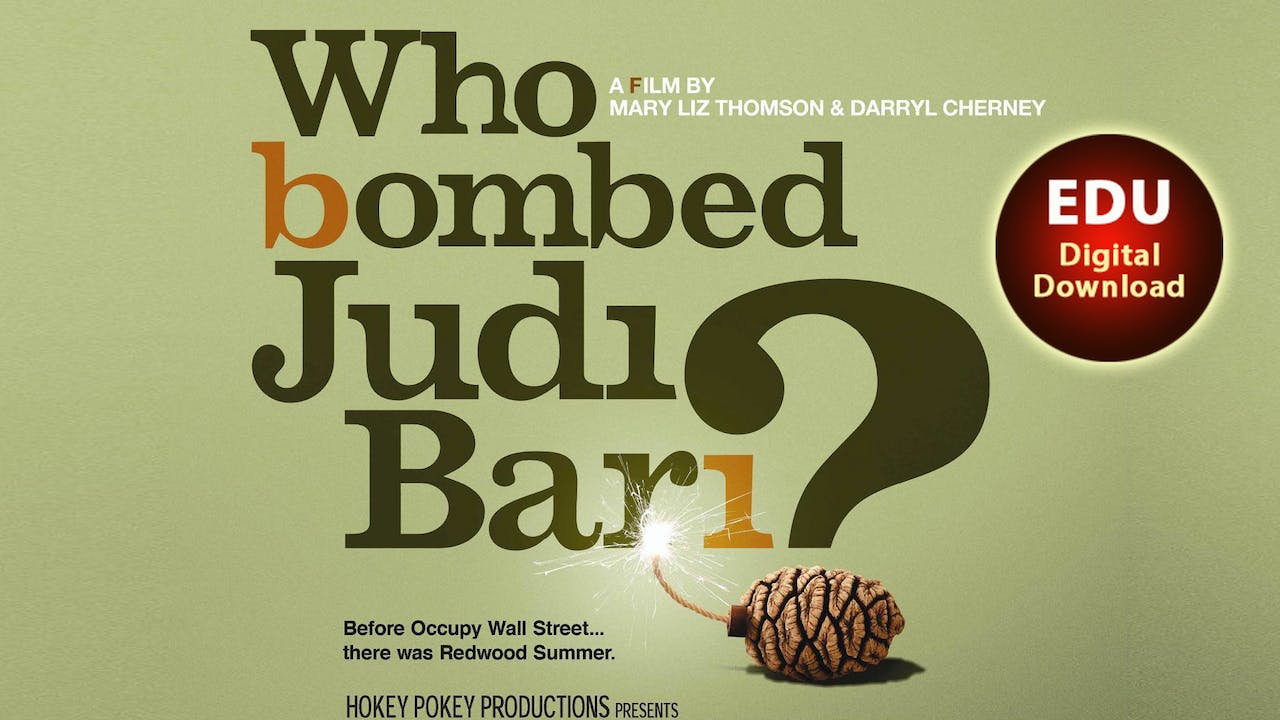 “Who Bombed Judi Bari?” profiles the late, legendary labor and forest organizer Judi Bari and her struggle with FBI defamation after she and Darryl Cherney were car-bombed in Oakland in 1990 while on college tour to save the redwood forest of northern California. Despite receiving death threats, the pair was instantly arrested by the FBI and Oakland Police for bombing themselves. They sued the authorities for violations of the first and fourth amendments of the US Constitution. Eventually, they would be awarded $4 million following this historic trial.

In 1997, and just 30 days before her death from breast cancer, Bari, weak though defiant, gave a deposition for the civil rights lawsuit that she and Cherney filed against FBI agents and the Oakland Police. Charges included violations of their freedom of speech as well as false arrest and illegal search and seizure. The criminal case against Bari and Cherney was dropped due to lack of evidence. The deposition and rare video footage from rallies and protests throughout a decade provide a backdrop for the entire film in which Bari is posthumous narrator.

This suspenseful yet uplifting story is about people who risked their lives to save the California redwoods and took on the FBI for impeding their freedom of speech. It shines a light on an monumental protest movement that succeeded against all odds – with creativity, music, and humor.

Judi Bari’s greatest speech in front of 5000 supporters culminated with the largest civil disobedience for the forest in U.S. history -1033 people arrested in support of Headwaters Forest.

In 2014, Cherney continues his investigation of the bombing, collecting DNA, fingerprints and offering a reward for information on the case.