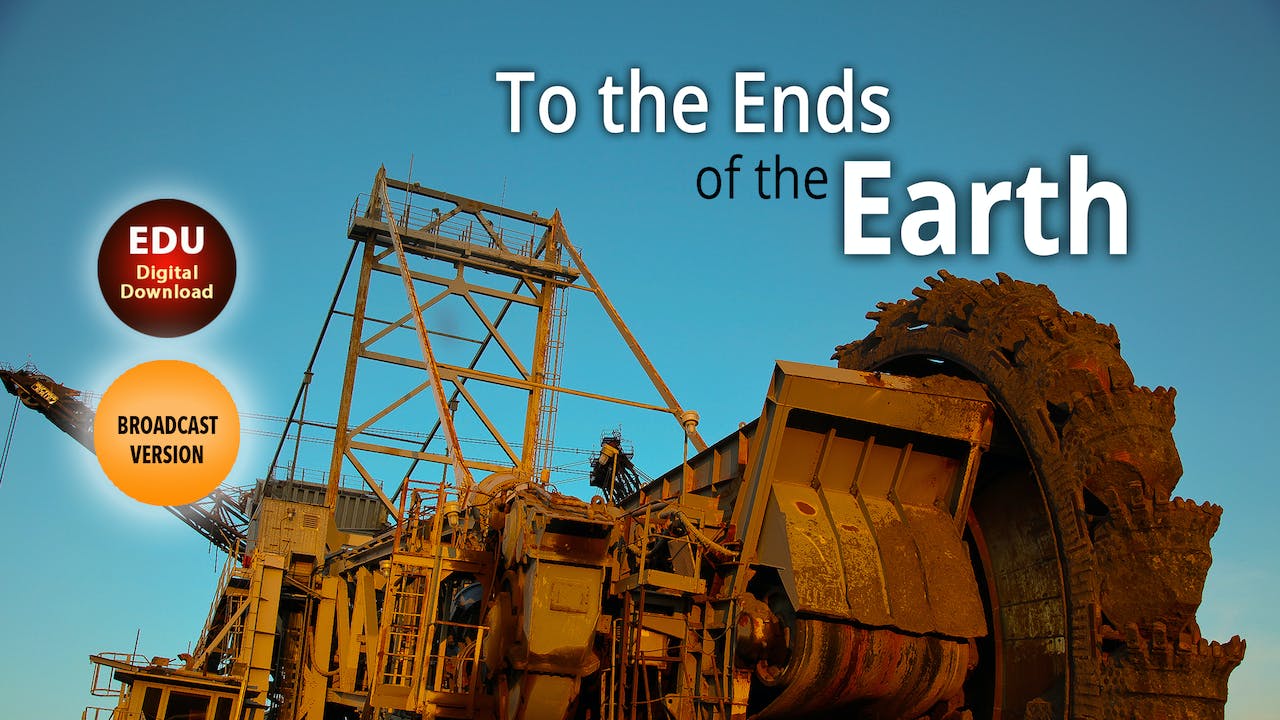 To the Ends of the Earth - Broadcast Version - EDU

To the Ends of the Earth follows concerned citizens living at the frontiers of extreme oil and gas extraction, bearing witness to a global crossroads. They call for human ingenuity to rebuild society at the end of the fossil fuel era.

The people we meet are uniquely positiond to watch this global crossroads unfold. For example, the mayor of an Inuit village in Canada’s high Arctic who is concerned that seismic testing for oil in the ocean is blowing up the eardrums of the animals that the Inuit hunt to survive. Or the environmental lawyer who goes on a journey to areas that produce energy for the tar sands of Alberta — he learns of the massive inputs of energy that have to be put into this resource — and the reasons why the second largest oil project in the world is economically unsustainable. Or the river conservationist in Utah who fights to protect the Colorado River from oil shale projects that would disturb its headwaters.

To the Ends of the Earth brings forward the voices of those who not only denounce the rise of extreme energy, but also envision the new world that is taking shape in its stead: a future beyond the resource pyramid, a post-growth economy.