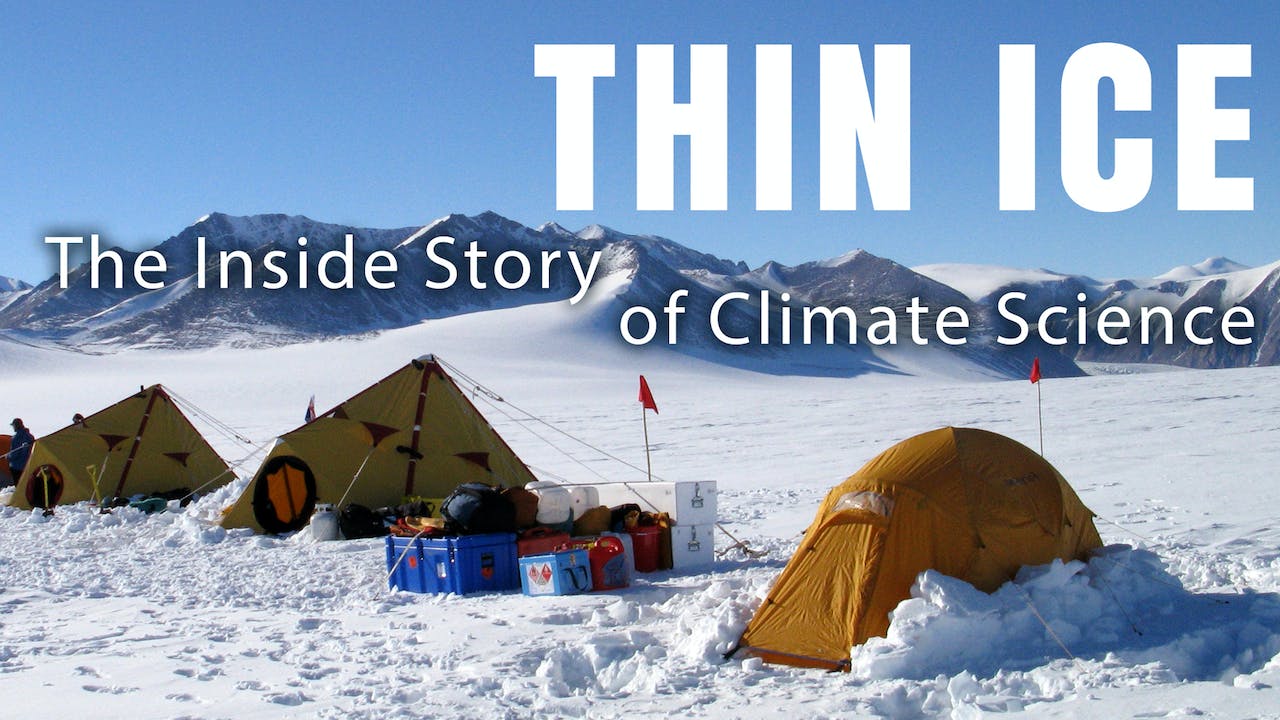 THIN ICE The Inside Story of Climate Science (56)

AS SEEN ON PUBLIC TELEVISION IN THE USA. 56 min broadcast edition
In recent years climate science has come under increasing attack, so concerned geologist Simon Lamb grabbed his camera and set out to explore the inside story of climate research. For over three years he followed scientists from a wide range of disciplines at work in the Arctic, Antarctic, Southern Ocean, New Zealand, Europe and the United States.

They talk about their work, their hopes and fears with a rare candor and directness, resulting in an intimate portrait of the global community of researchers racing to understand our planet’s changing climate and provide a compelling case for rising CO2 as the main cause.

The film puts a human face on the huge international effort and astonishing range of human activity and scientific endeavor required to understand Earth’s climate system.

Thin Ice is a joint initiative between the University of Oxford, Victoria University of Wellington and DOX Productions, London. Both Universities have active programmes with world-wide networks of collaborators in climate change and related research.