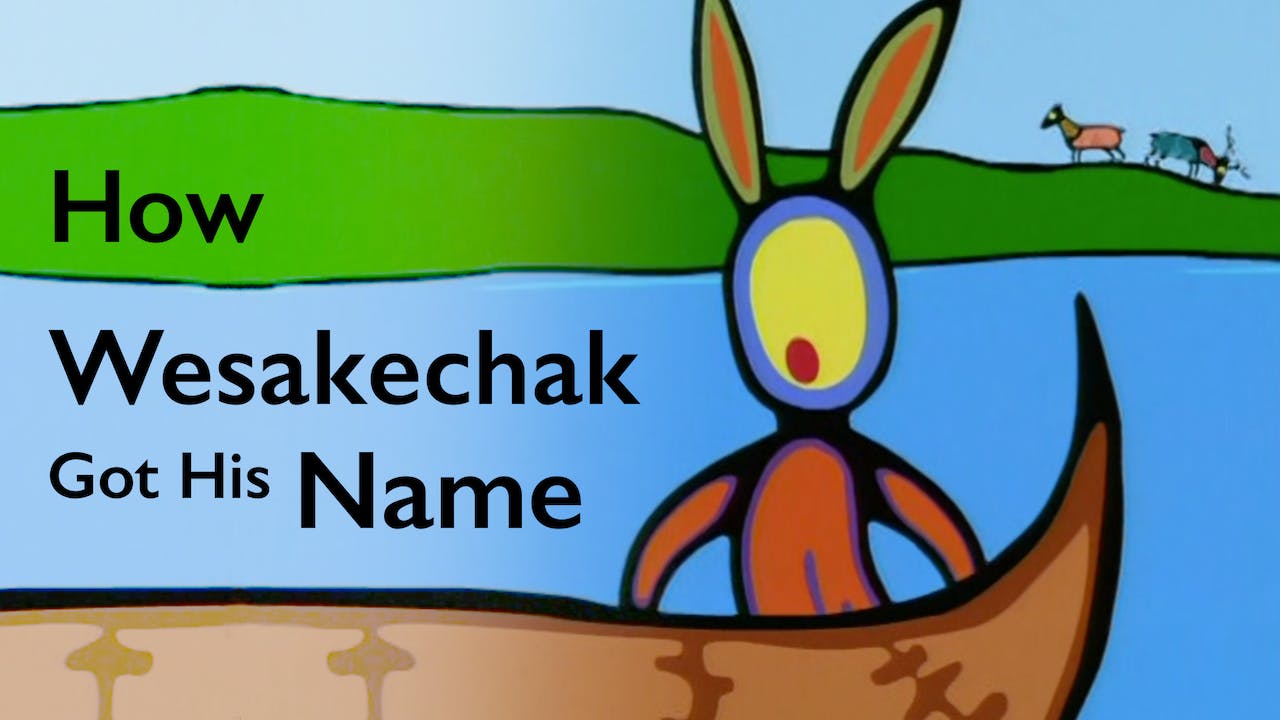 From "Stories of the Seventh Fire" - SUMMER

An animated legend from Canada’s First Nations based on the art by Norval Morriseau and the live action footage of wildlife filmographer, Albert Karvonen. This series outlines Native legends set in 4 seasons depicted in varied animated styles.

This award-winning series uses 2-D and 3-D animation and the voices of some of Canada’s best-loved Native performers like Tantoo Cardinal and Gordon Tootoosis.

TALES OF WESAKECHAK: How Wesakechak Got His Name –
Wesakechak hates his name and convinces the Creator to give everyone new names hoping he can receive a better name than the one he already has.