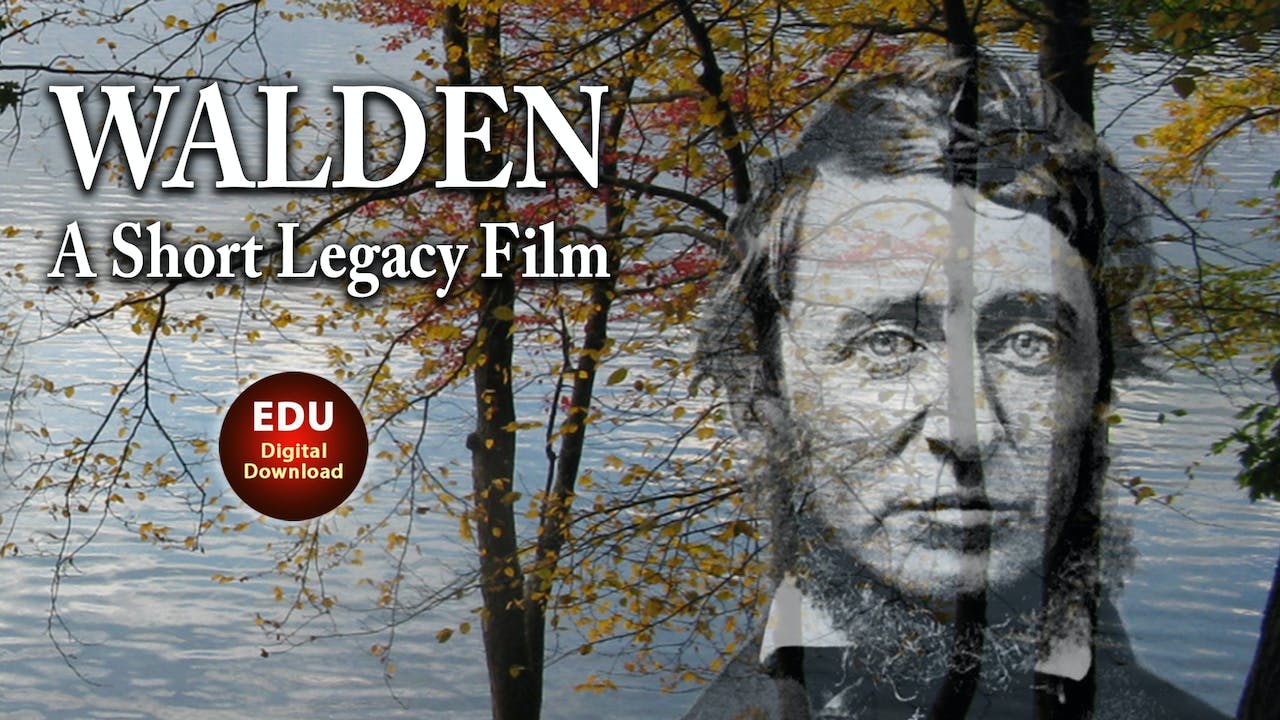 Walden: a short legacy film was inspired by Henry David Thoreau’s classic book, Walden: Or, Life in the Woods.

Walden combines delicate and brilliant images filmed
on location around Walden Pond in Concord, Massachusetts with readings by poet, John D. Ogden, bringing to life the heart and soul of Thoreau’s writings. Stunningly filmed by Rick Cardin at the height of New England’s fall foliage season, Walden is one of the first films to capture the magical sense of place that inspired Thoreau.

Through the selection of quotes, images and a soulful score by legendary musicians this film gem suggests the major themes of Thoreau’s work: the reflection of the universal in the tiniest leaf or pebble, the connectedness of all things, the quest for eternal truths and the search for a way of living in harmony in the world.

Walden is an excellent resource for classroom discussion on a variety of subjects.