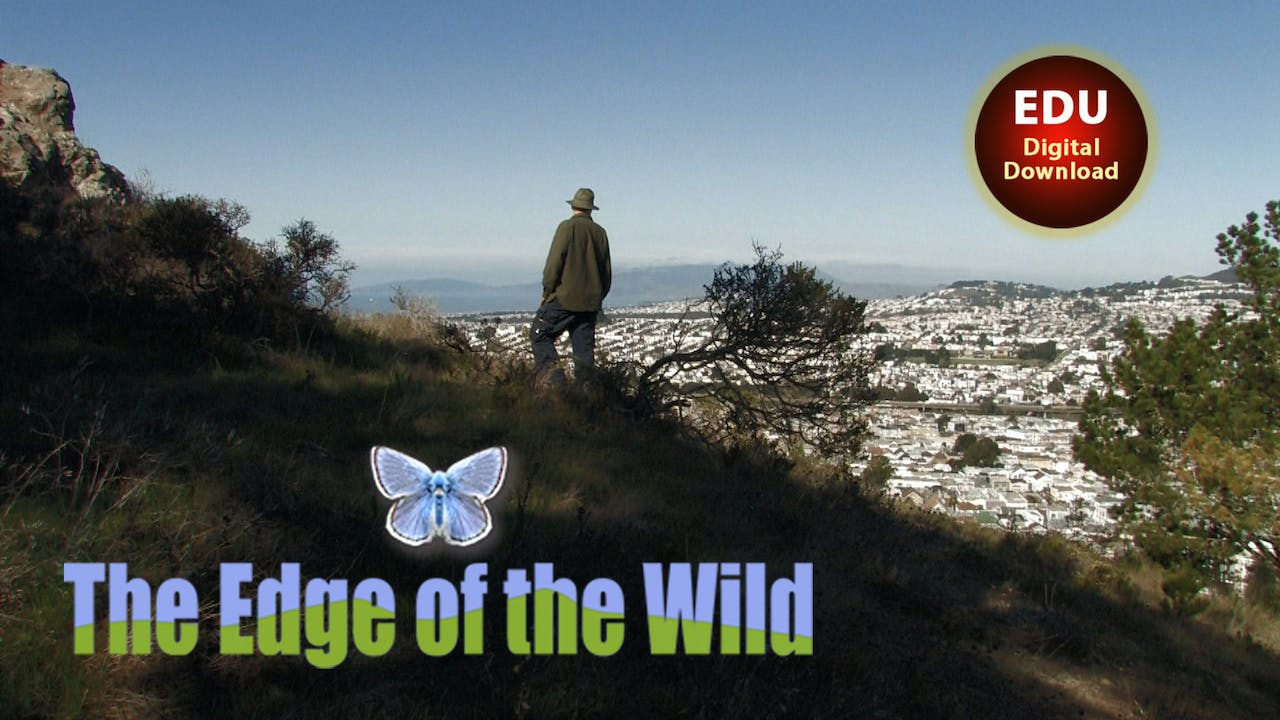 The Edge of the Wild - EDU

The Edge of the Wild is a documentary about a 30-year land-use battle over privately owned property that is also home to endangered butterflies. The film takes place on San Bruno Mountain, a remarkably intact wilderness that is completely surrounded by urbanization and is just one mile south of San Francisco.

Shot on the mountain’s native canyons and hillsides, the film follows the story of Michele Salmon, a lifelong resident of the small town of Brisbane located on San Bruno Mountain. In the 1960’s, Michele’s family played a major role in foiling plans to scrape off the top of the mountain for a new city. The film follows her as she continues her parents’ legacy – and fights to uphold the Endangered Species Act and reverse a national policy that allows landowners to destroy endangered Mission Blue butterfly habitat before they are gone forever.

In return for a “Take Permit” issued by government stakeholders, landowners agree to pursue specific management protections for endangered and threatened species. This amendment to the Endangered Species Act was especially crafted for San Bruno Mountain, and called the Habitat Conservation Plan (HCP). These HCPs have since been used by more than one thousand other areas across the USA.