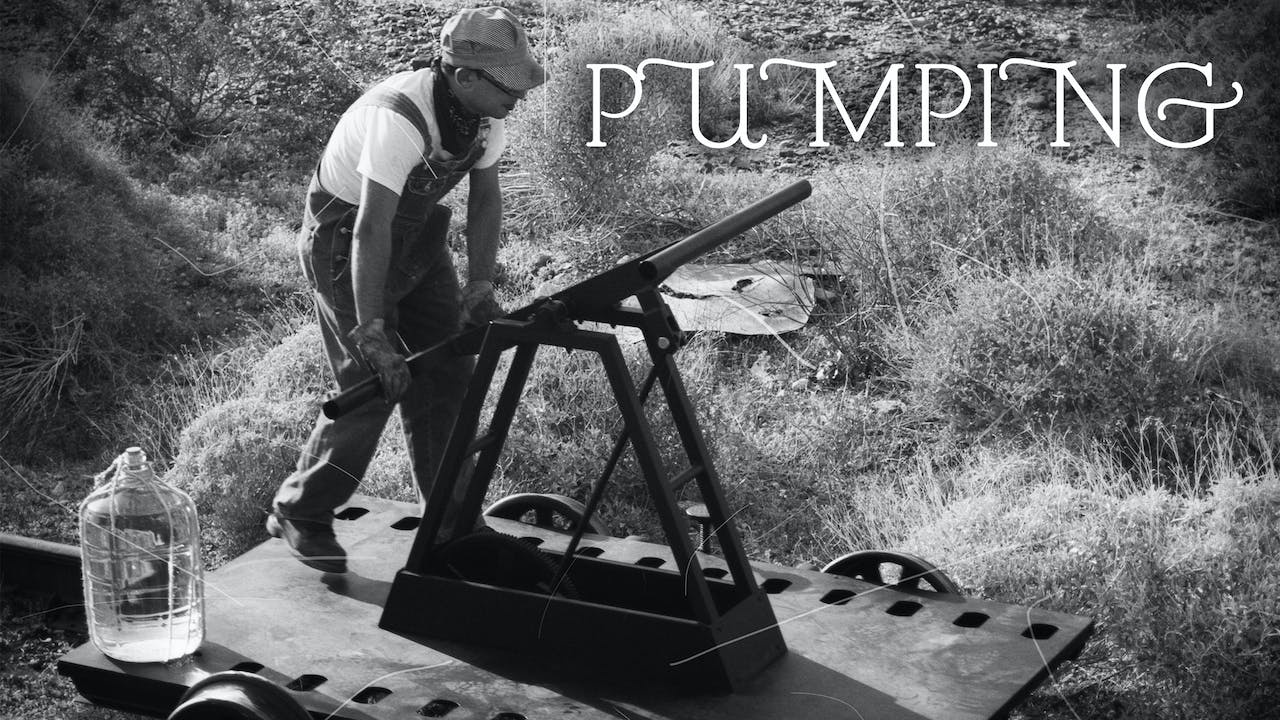 PUMPING a Film by Joel Tauber

Shot with a hand-cranked camera, Pumping contemplates history of the Southern Pacific Railroad which was largely responsible for transforming LA into a metropolis. The film traces the two crucial resources for this development: water and oil. As a whispered monologue unfolds, a lonely figure rides a handcar - whose platform is a giant filmstrip - on abandoned train tracks through the desert.