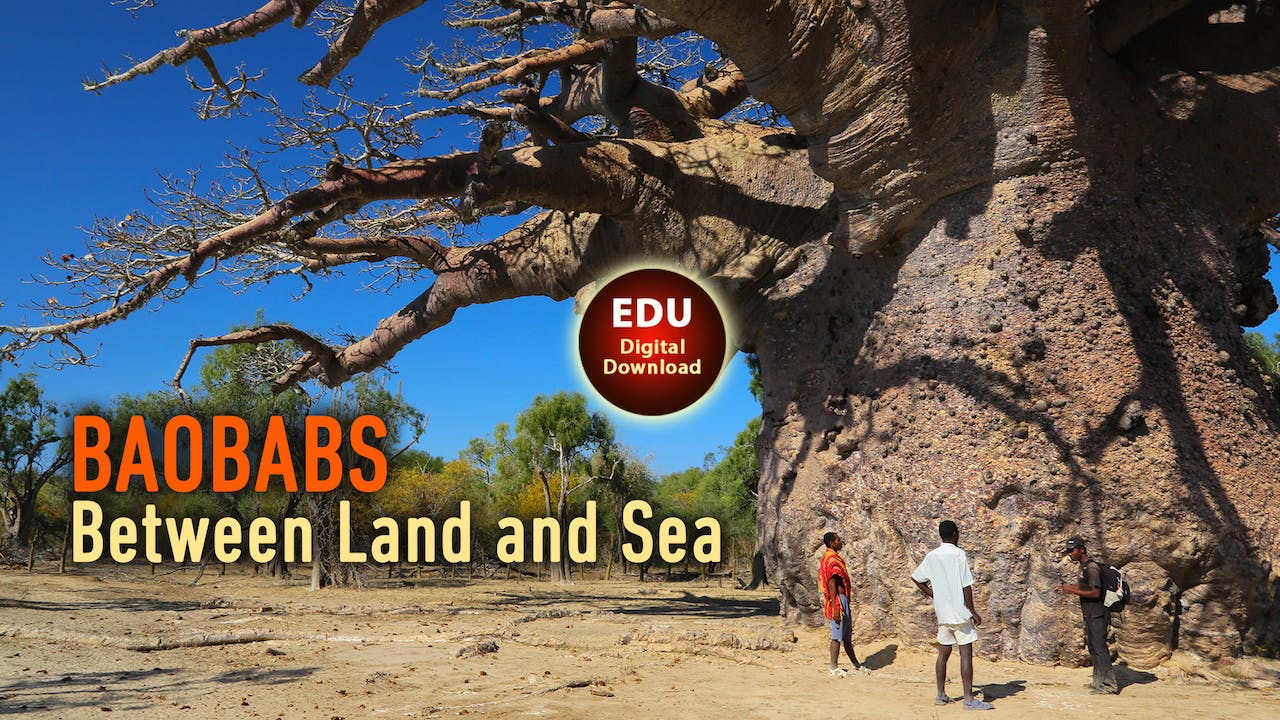 BAOBABS Between Land and Sea - EDU

A SCIENTIFIC ADVENTURE TO ENCOUNTER THE BAOBABS OF MADAGASCAR AND THE VEZO, A NOMADIC TRIBE OF THE SEA
By their sheer size and original shapes, baobabs are among the most remarkable trees on the planet. Relatively unknown in Madagascar, the giants are currently threatened by deforestation. To study them, in the heart of their forests, the French biologist Cyrille Cornu travel by pirogue with his colleague Wilfried Ramahafaly, exploring 400 km of wild and isolated coastline in the southwest of Madagascar.
o
The film chronicles the expedition. It reveals discoveries, encounters, scientific results of the two explorers, baobabs and landscapes that had mostly never been filmed or even photographed. The narrative is based on a strong ecological and scientific message related to deforestation and disappearance of baobabs to aware the audience on urgency to save the giants and environment of Malagasy people. The desire to share an adventure is at the heart of approach of filming, showing travels through the nature and the encounters with the people living in wild regions. Content and form are changing to the rhythm of different discoveries, a desire to place the viewer at the very heart of the voyage.