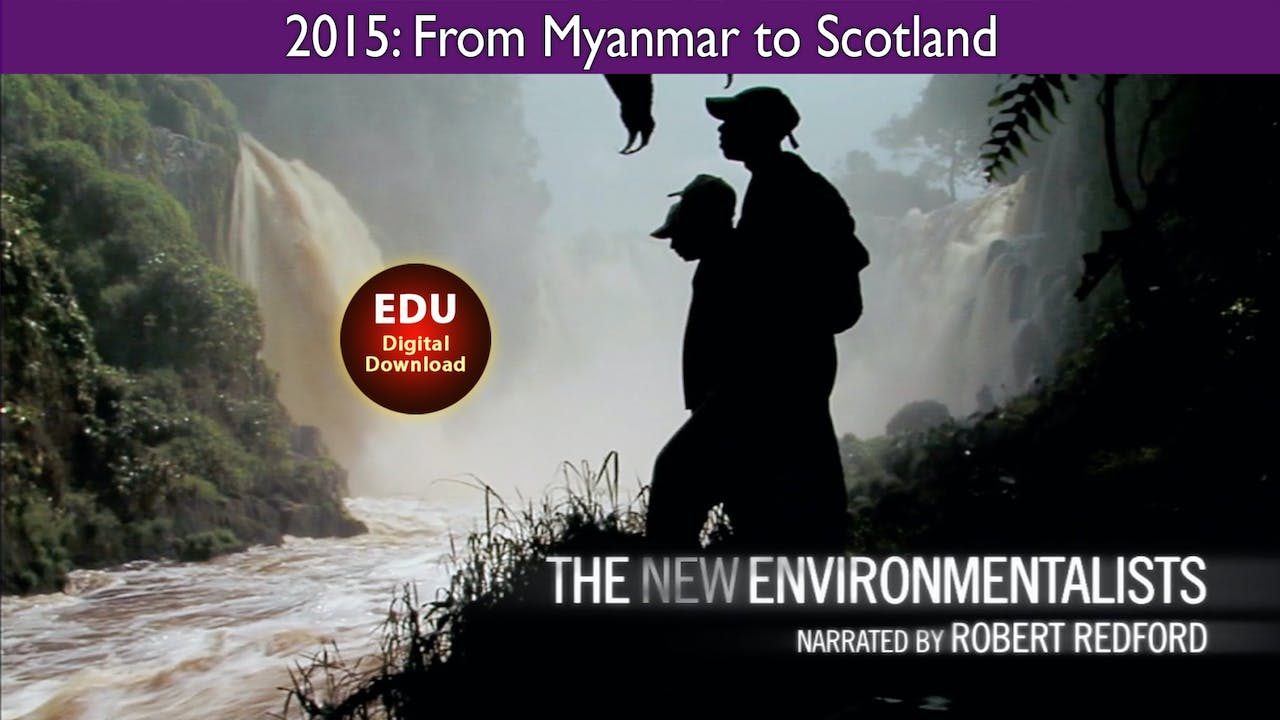 2015 The New Environmentalists: From Myanmar to Scotland - EDU

The New Environmentalists share a common goal, safeguarding the Earth’s natural resources from exploitation and pollution. The program features portraits of six passionate and dedicated activists around the globe who have placed themselves squarely in harm’s way to battle intimidating adversaries for environmental justice in their communities. Narrated by Robert Redford, The New Environmentalists illustrates how ordinary people are effecting extraordinary change.

Haiti – Jean Weiner is reviving his impoverished country’s drastically depleted marine life by restoring the coral reefs and by planting over a million mangrove trees to combat deforestation and coastal degradation.

Honduras - Bertha Cáceres rallied the indigenous Lenca people to wage a grassroots protest that successfully pressured the government and their corporate ally to withdraw from building the Agua Zarca Dam.

Kenya – Phyllis Omido stood up to her employer when she learned that lead emissions from their smelting factory were contaminating the air, water and soil resulting in horrific illnesses and deaths in the nearby community.

Canada - A former tribal chief, Marilyn Baptiste led her native community in defeating proposed gold and copper mines that would have destroyed Fish Lake—a source of spiritual identity and livelihood for her people.

Scotland – Howard Wood, an amateur diver, put an end to destructive scallop dredging in order to restore the marine ecosystem by establishing the first community-developed Marine Protected Area in Scotland.